Rotterdam before the Second World War and now

Rotterdam, Netherlands has a complicated history. The city center that was built mainly in XVI-XVII centuries was completely destroyed in the Second World War. Only after 1945, the city began to be rebuilt. But it has been decided that they wouldn’t reconstruct the old buildings, but create something new instead – a whole new image of the city with different architecture and different street planning. Comparing the old photos with recent ones we can see how Rotterdam has changed.

Only a few buildings were saved in the city center. One of them is Laurenskerk.

You can move interactive photos. 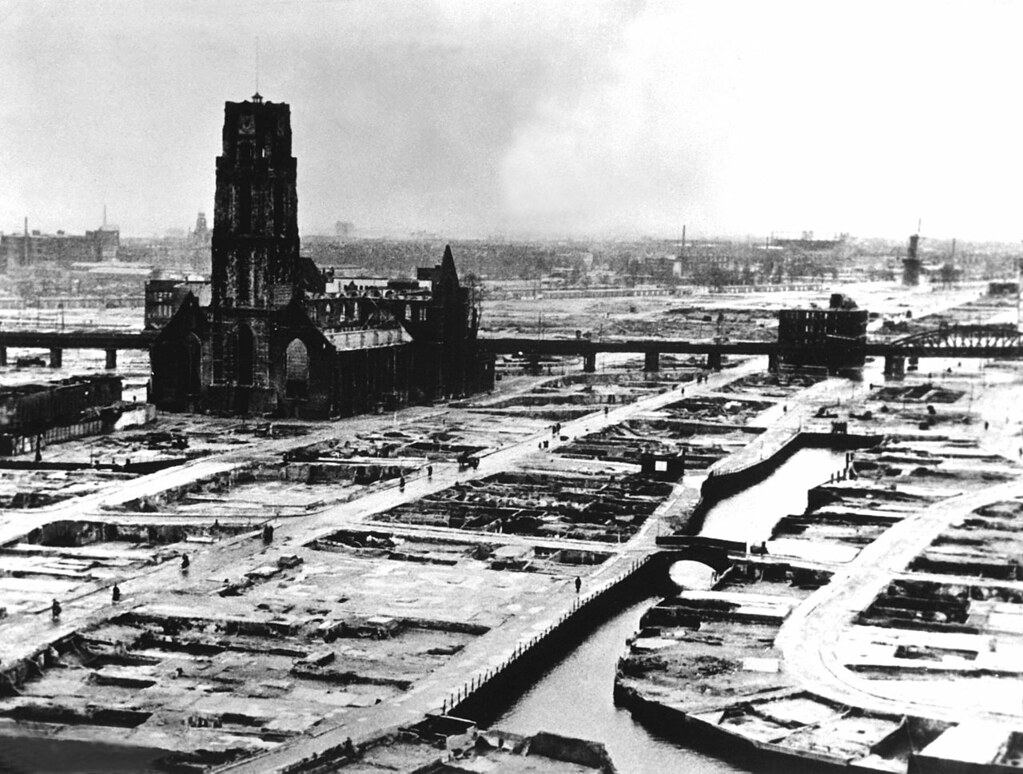 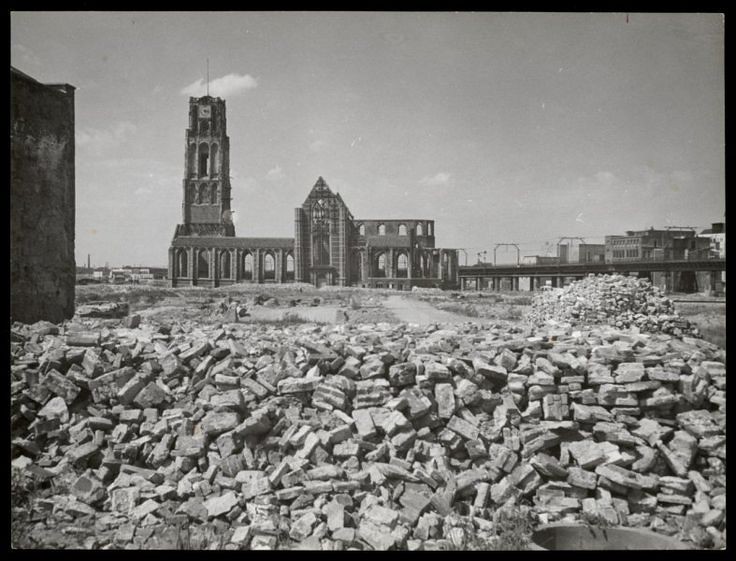 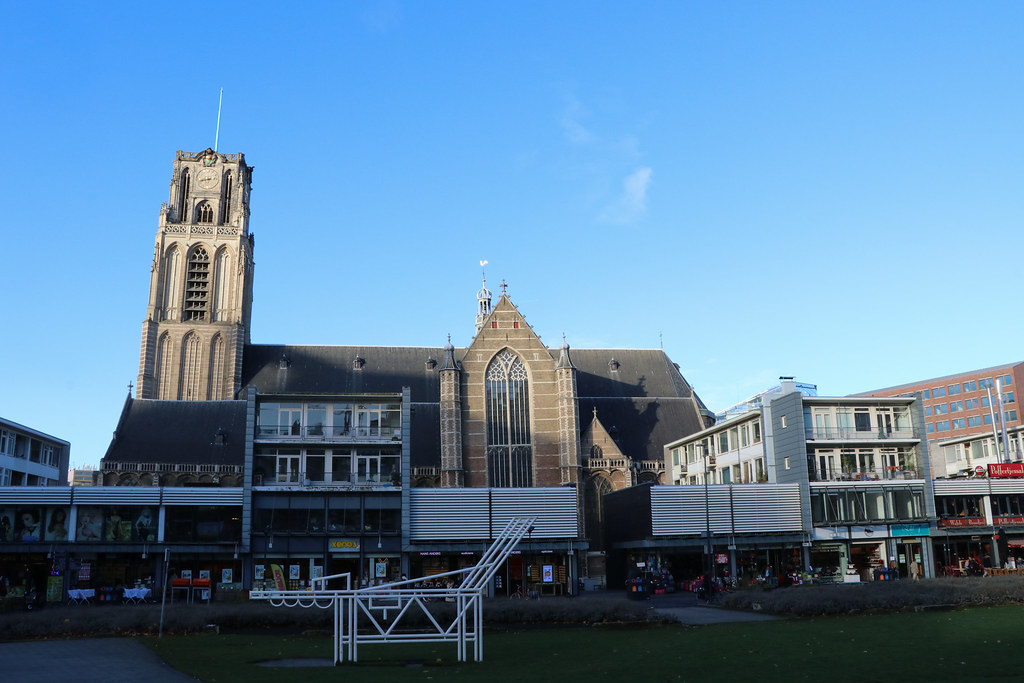 The White House (Witte Huis) built in 1898 was also saved. 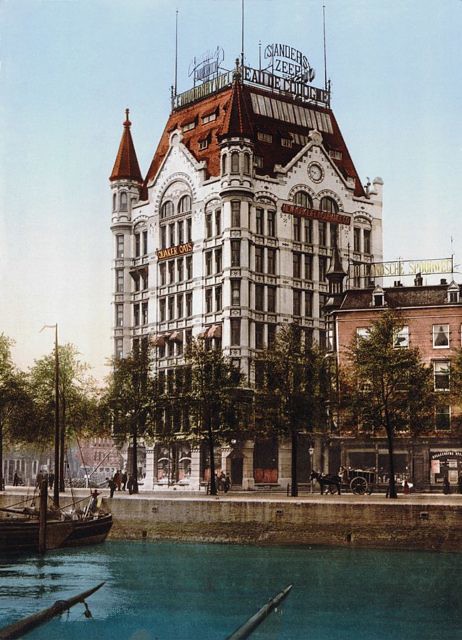 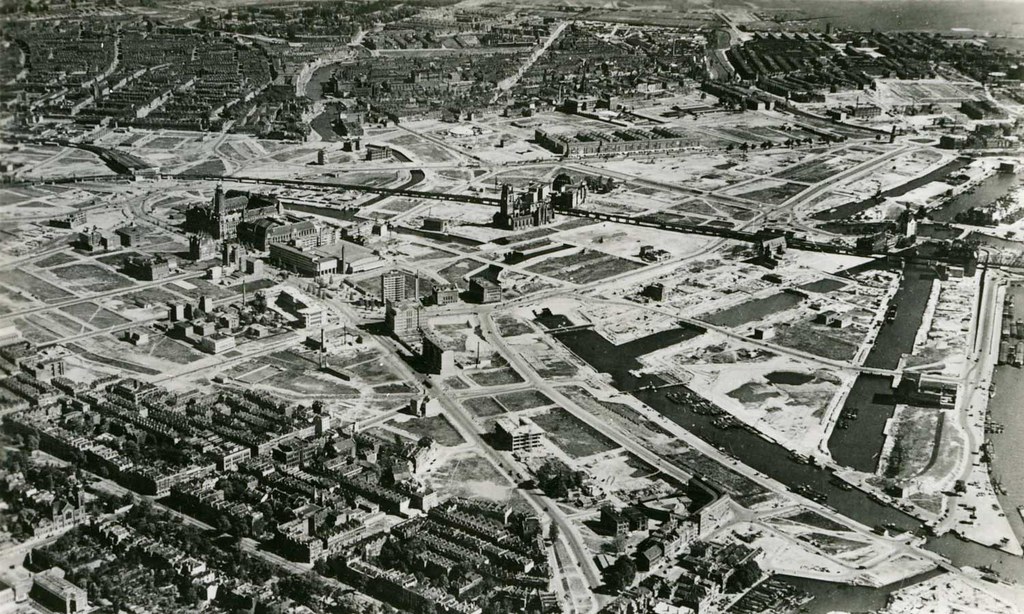 Everything else in the center changed completely. 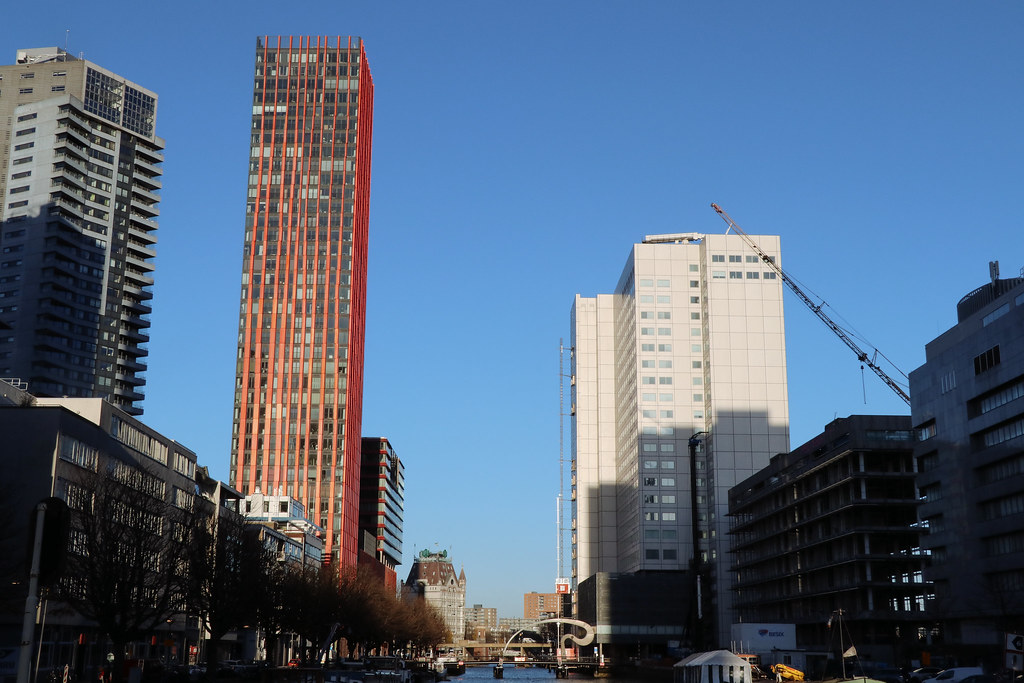 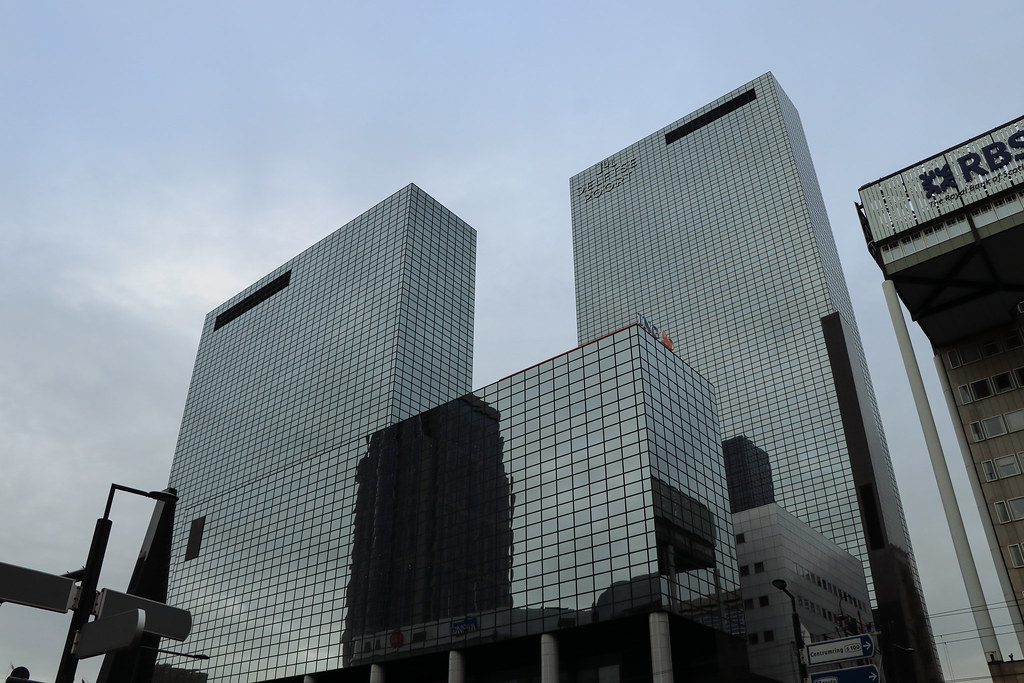 Sometimes old buildings stand next to new ones. 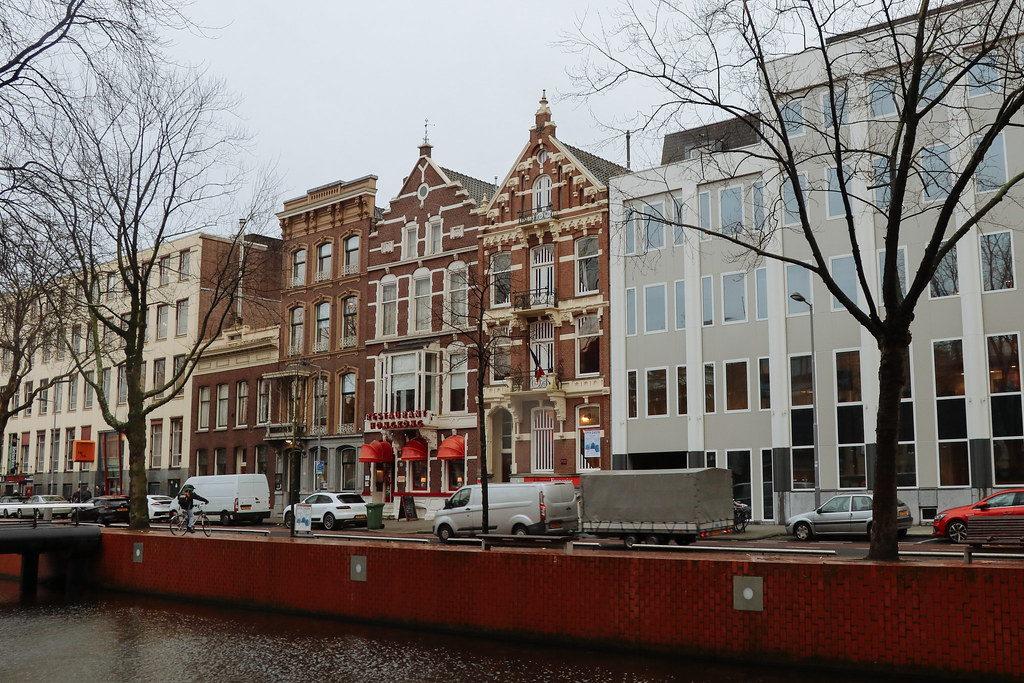 Some remaining objects seem foreign in a contemporary environment. 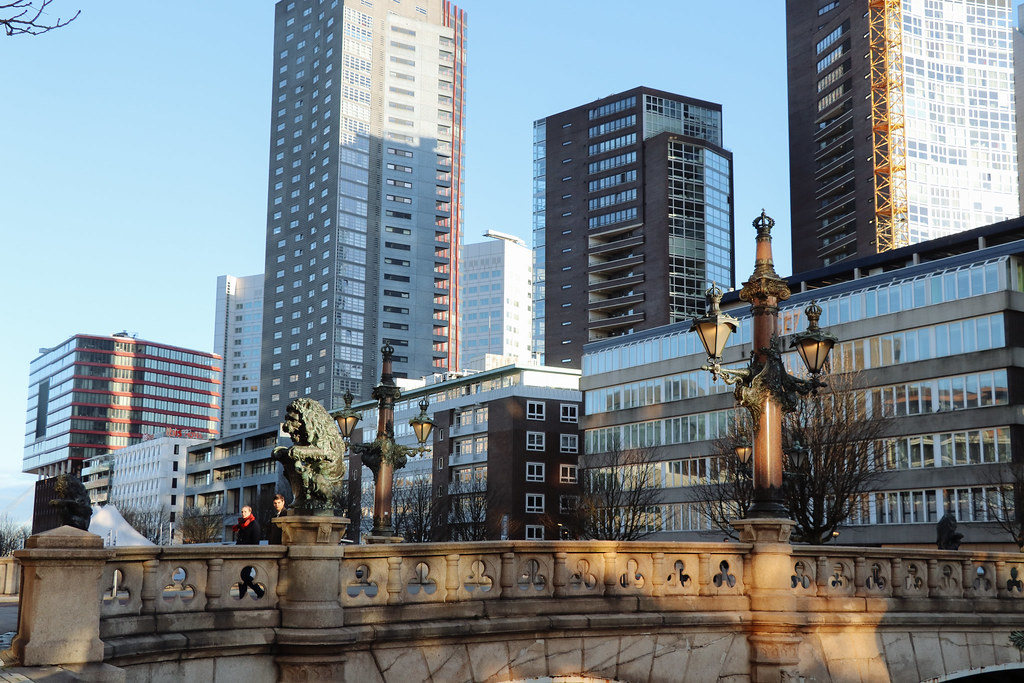 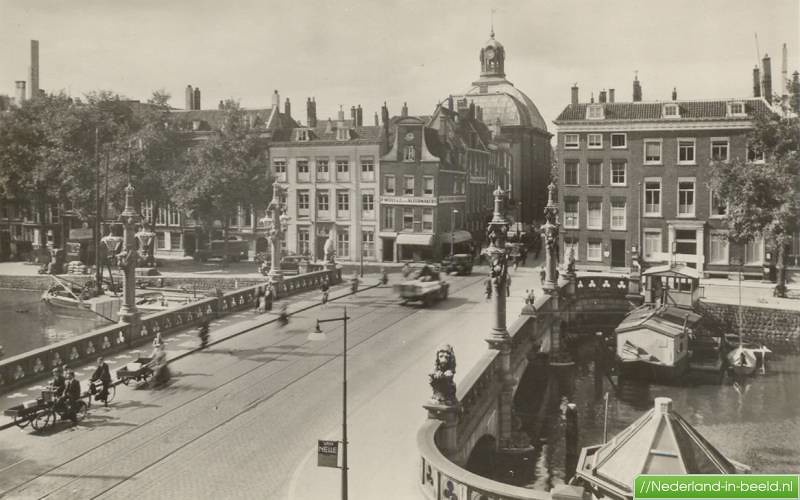 There was the only one arch from XVII left but it was destroyed during the war. In the end of XX century, its carcass was reconstructed. 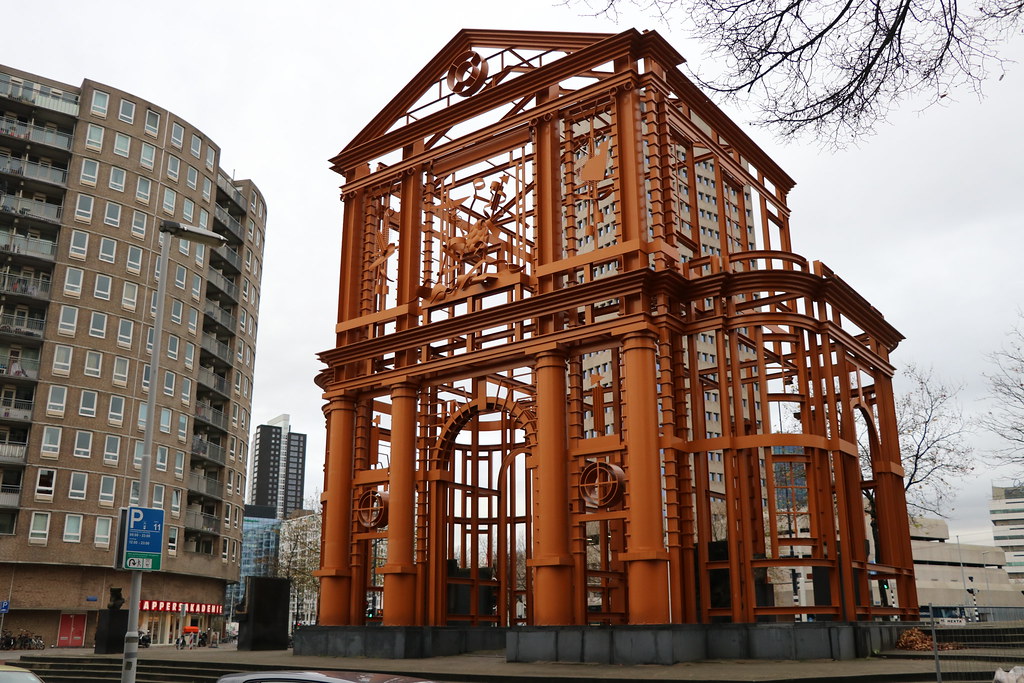 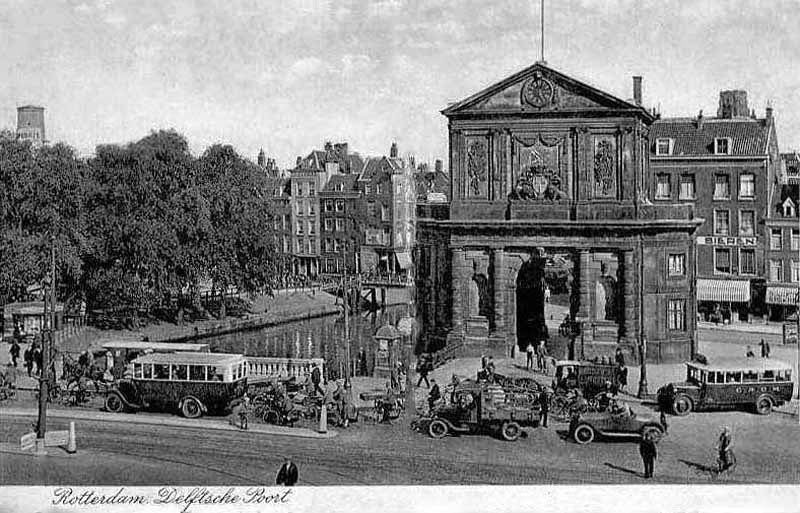 The German army only needed 15 minutes to throw 97 tonnes of bombs and wipe out the center of Rotterdam. In this bombing, only civilians were killed.

There are several monuments in the city that remind of war. “The Destroyed City” and “Ongebroken verzet” (Unbroken resistance). 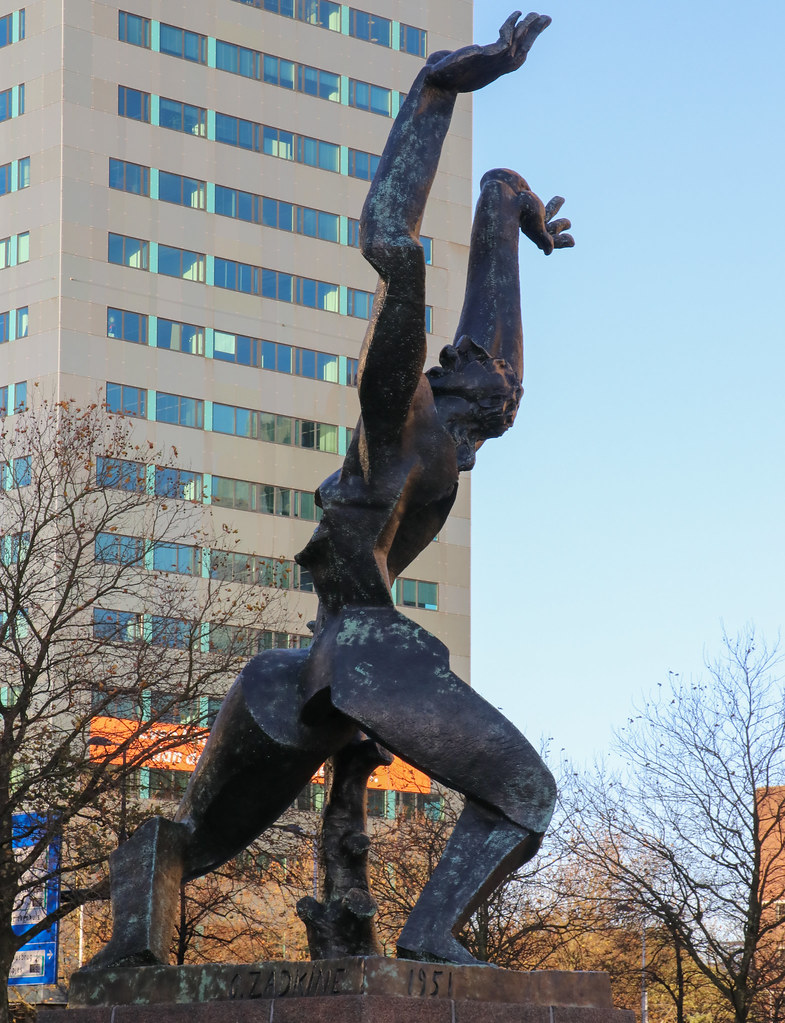 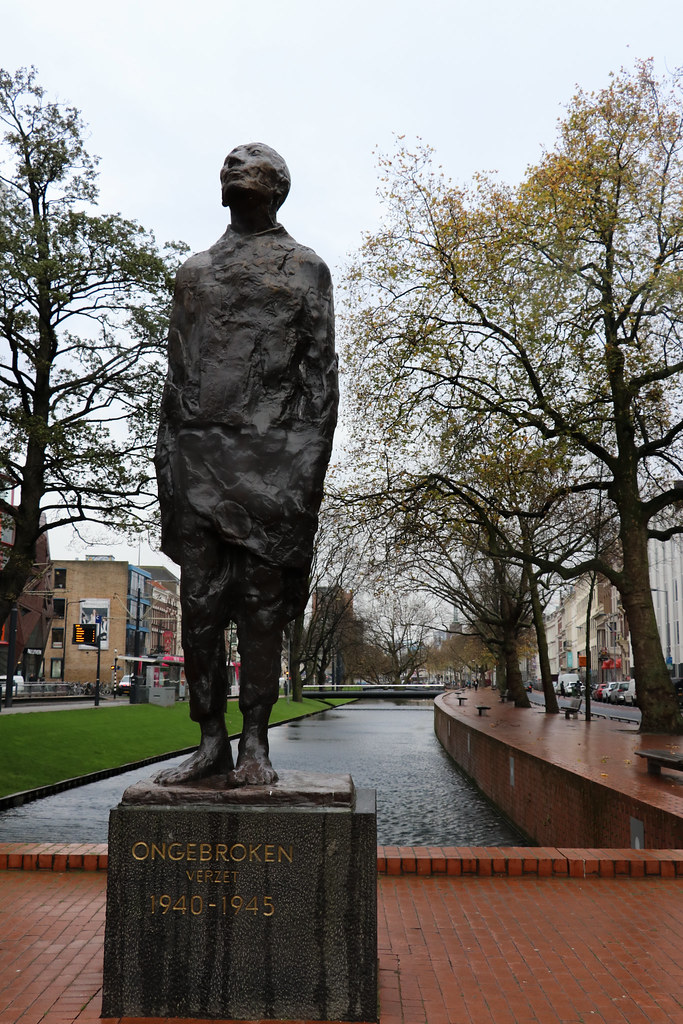 You can also see old photos in the streets of Rotterdam. They show how the place where they are situated have looked like before the bombing and a description of what else was in that neighborhood. 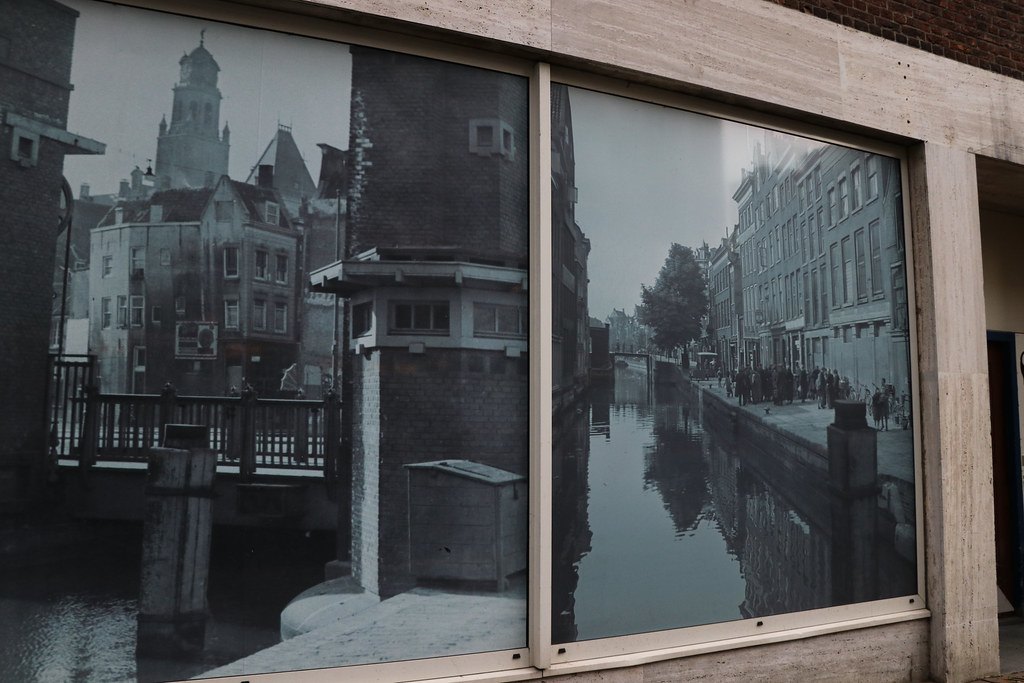 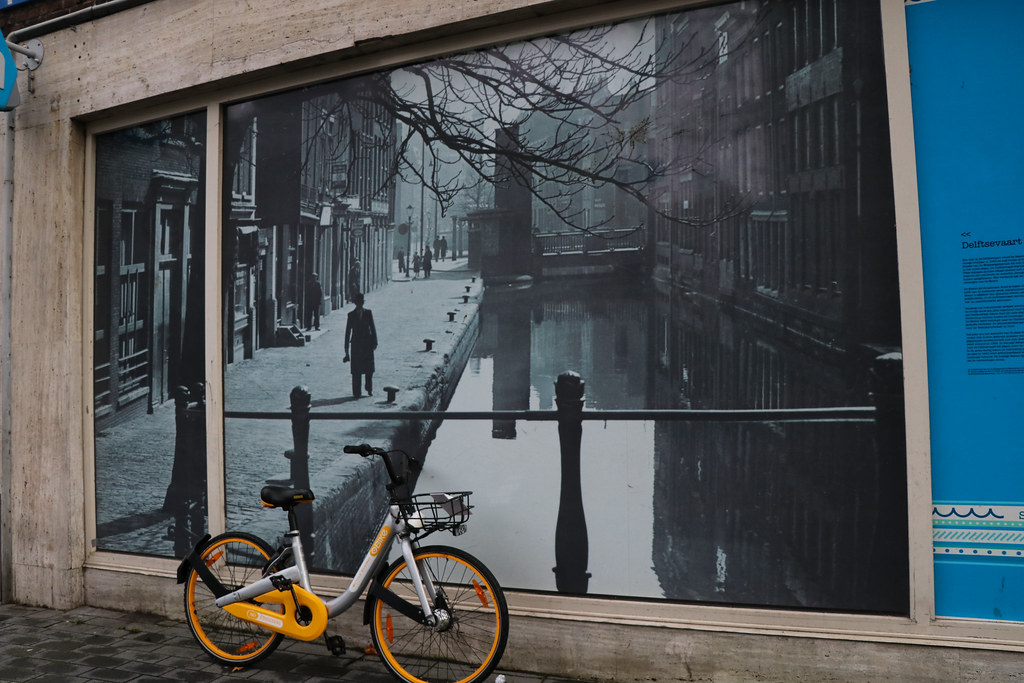 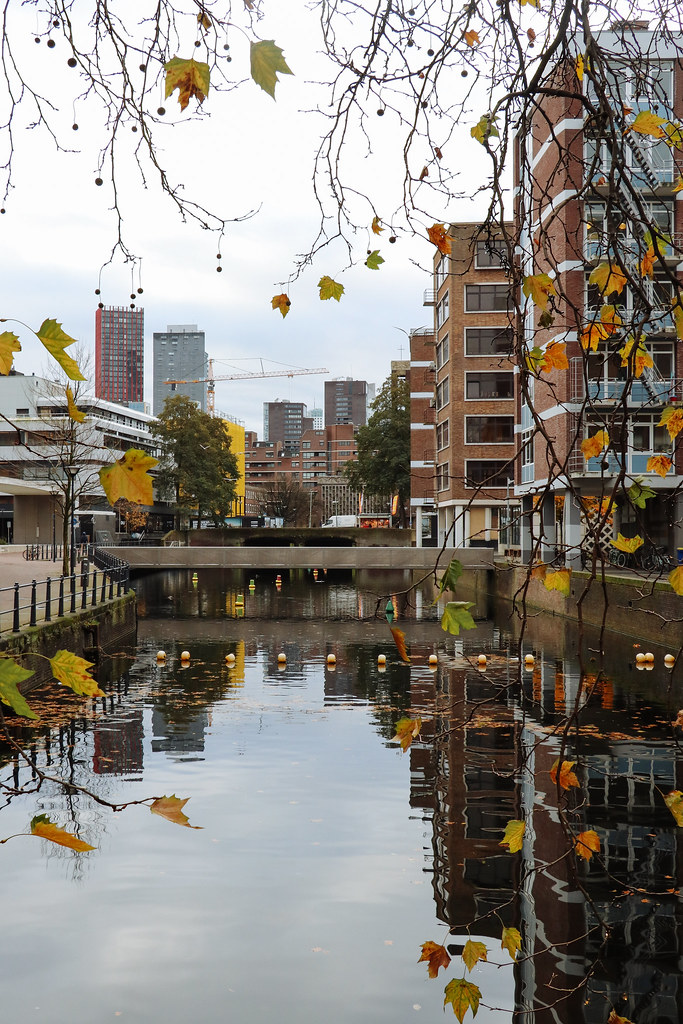 You can somewhat picture the image of an old city by walking in neighborhoods that were not bombed: Delfshaven, Nieuwe Westen, Middelland. 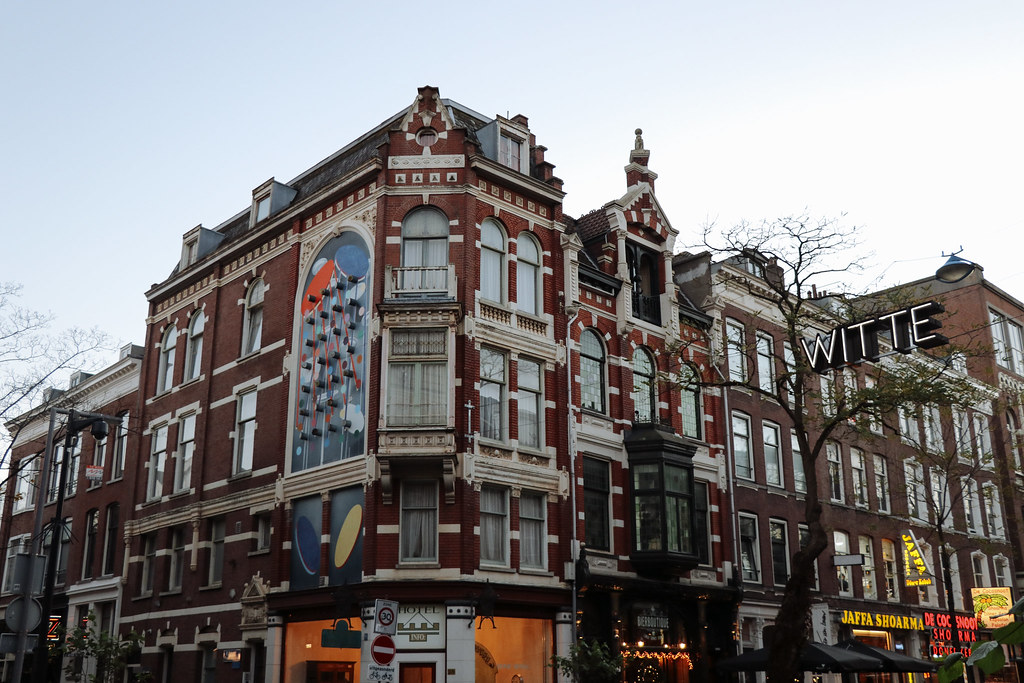 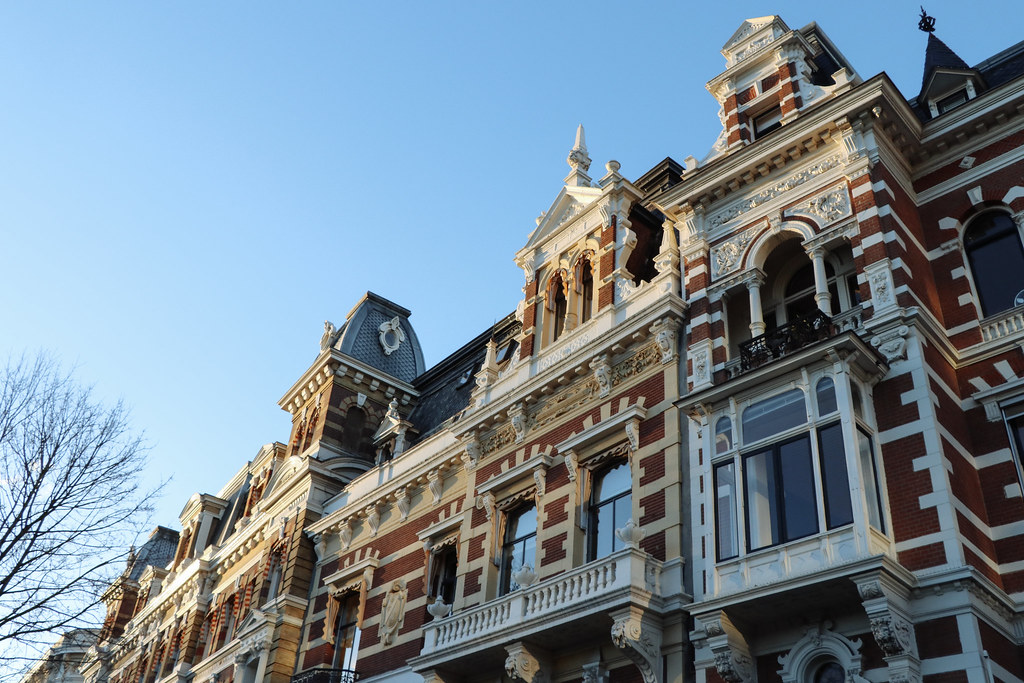 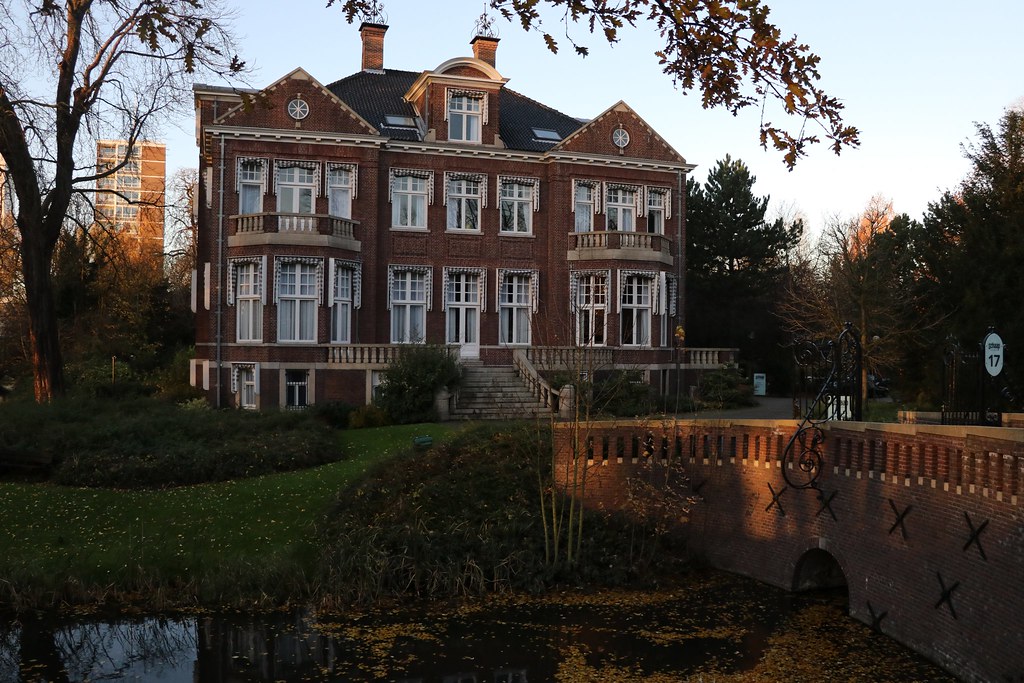 In my opinion, Rotterdam is one of the rare good examples of a total change the image of the city. A lot of cities that had been bombed and destroyed decided to reconstruct everything as it were. But Rotterdam turned to modern architecture and new technological solutions. It is still very sad though that we will never see the old Rotterdam.