Geneva is a small town in the French canton of Switzerland, which holds surprisingly many attractions and interesting places. The main sightseeings can be seen in 1-2 days. If you have more time you’ll get a chance to explore museums (most of them are free), parks and nature. In this post you will find a walking route, a list with all the interesting places and ideas where you can travel next. 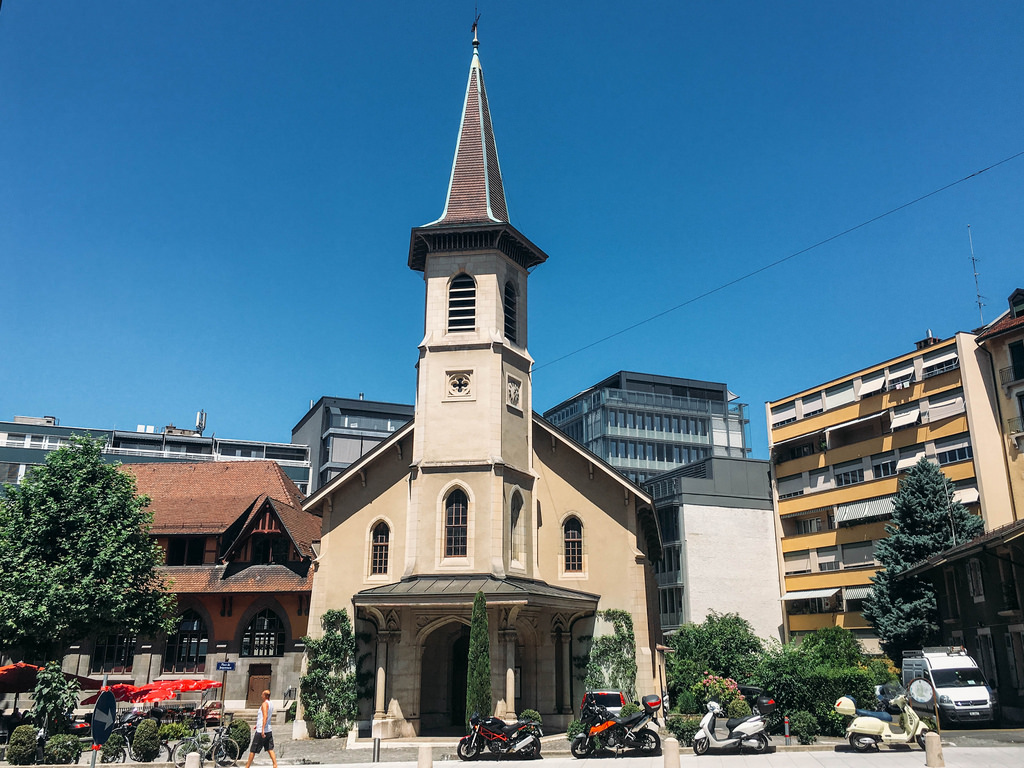 Old town is the heart of Geneva. It is still caplturing the atmoshpere of an medieval town. This is the oldest part with the oldest buildings. Here you need to visit Tavel house, a viewpoint, museum of Reformation and of course the main cathedral.

The main cathedral of Geneva in the Bourg de Four square was built in XIII century. You should definitely go inside where the trone of Jean Calvin is preserved. Admission is free. 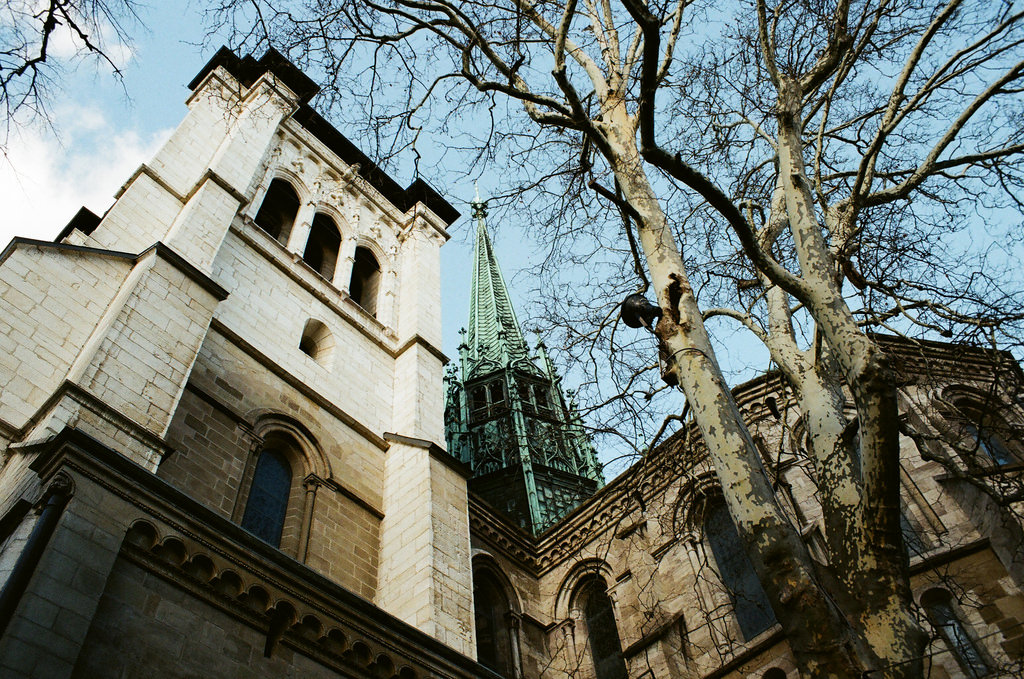 The most beautiful place in Geneva is, of course, the lake. Geneva lake with crystal clear water and swans is surrounded by mountains – on a sunny day you can even see Mont Blanc.

The English Garden with a Flower clock and the Promenade du Lac are a beautiful sidewalk that always attract a lot of toursits. Here is also a famous Jet d’Eau fountain – one of the largest fountains in the world and a symbol of the city. Its height reaches 150 meters, and about 500 liters of water are thrown per second. 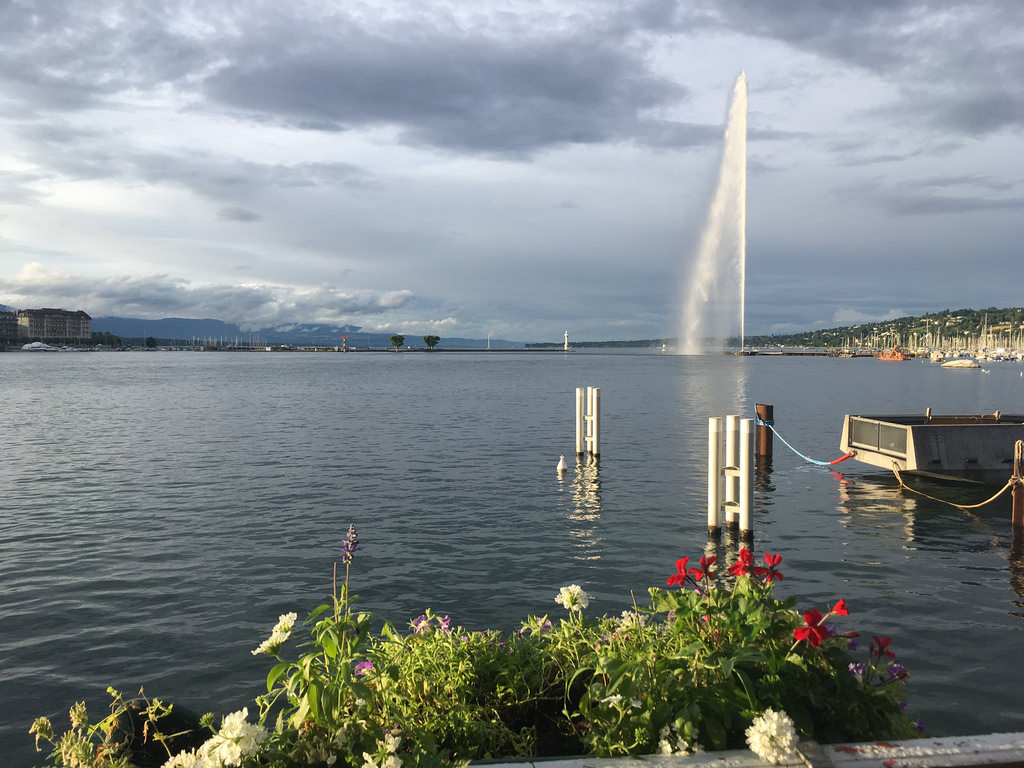 A nice central parc with a Reformation wall (Prom. des Bastions 1). This is a wall with sculptures of the Reformation leaders, including Jean Calvin. 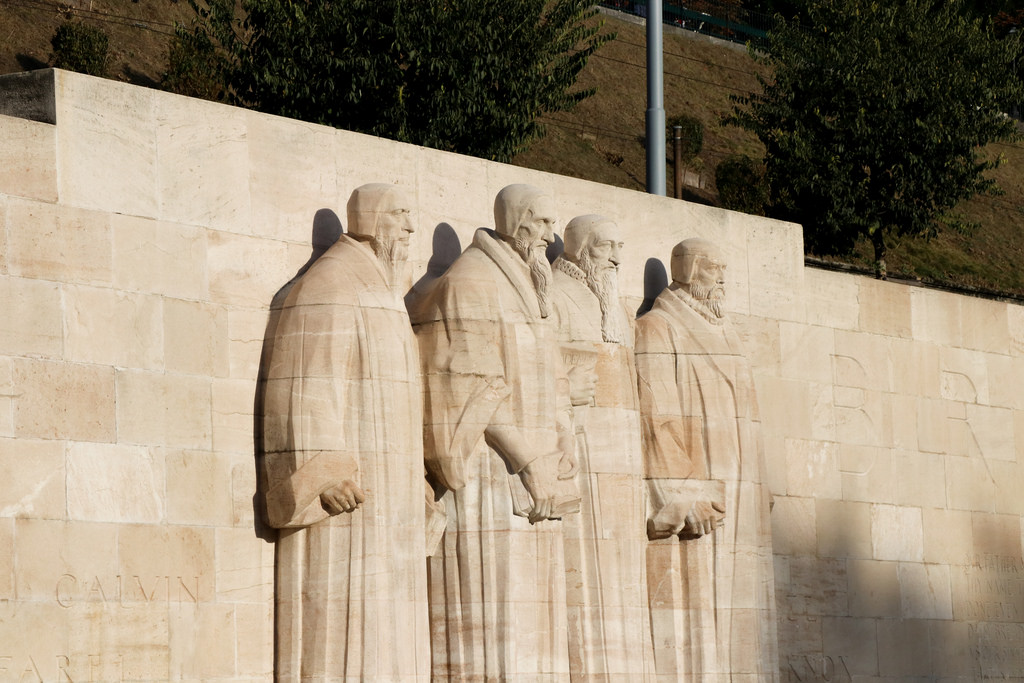 The cemetery was named after the street on which it is located and not because it was only for kings. It’s a quiet place that looks more like a parc and not cemetery – a lot of people come here to eat lunch or to lie on a grass. Some famous people are buried here: Jean Calvin, Jorge Borges, Jean Piaget. 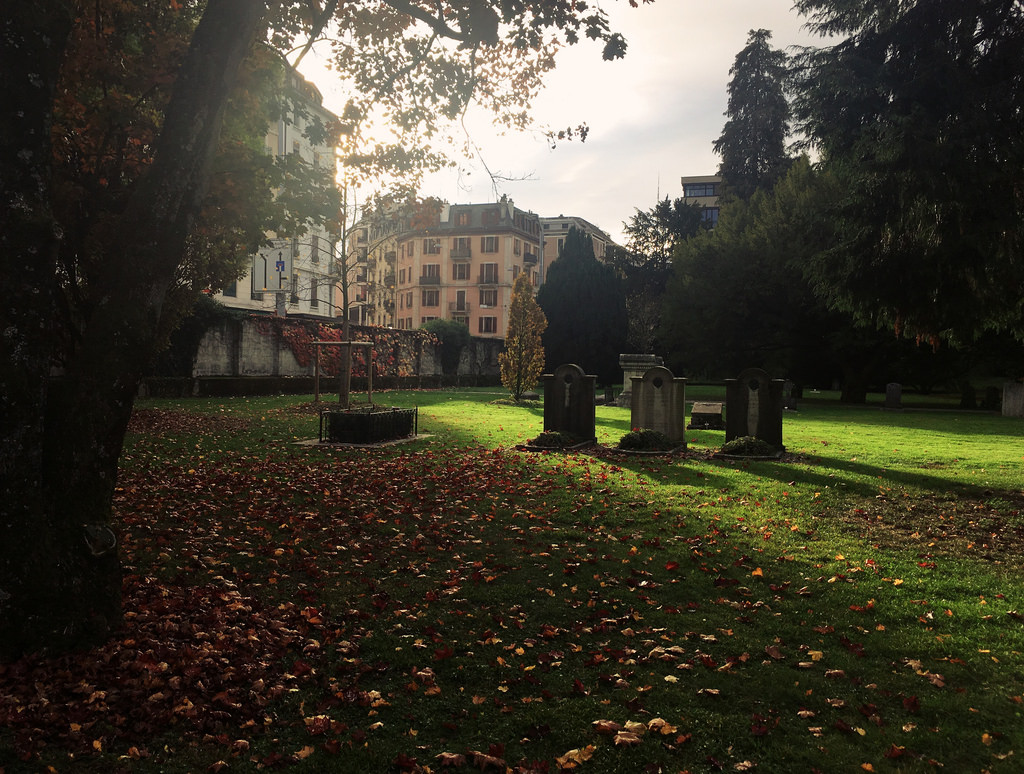 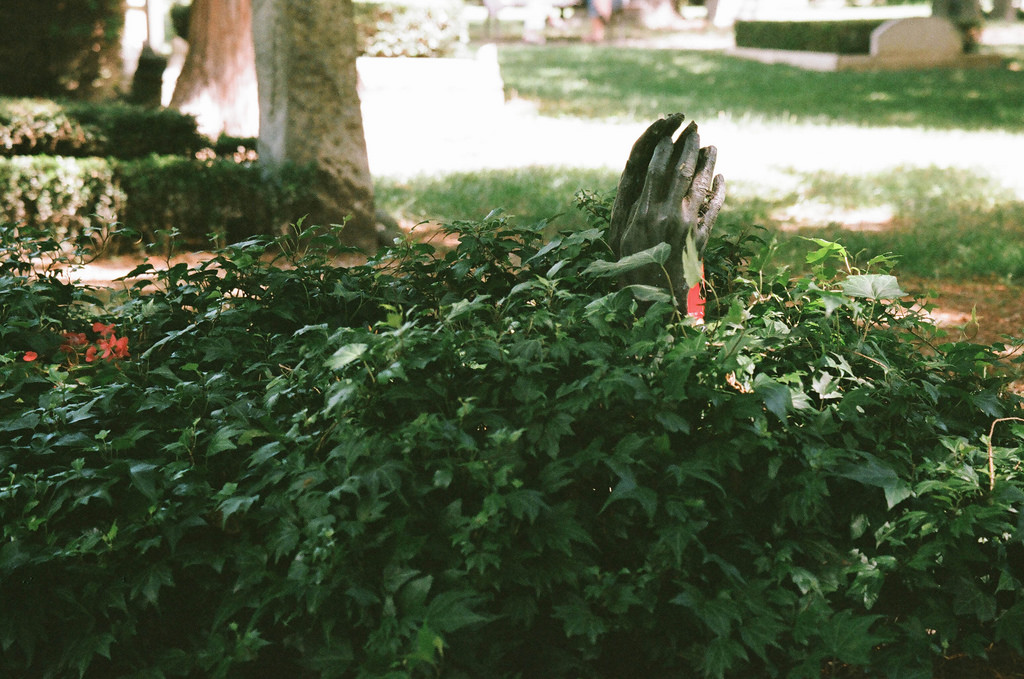 Monument Brunswick (Jardin des Alpes, Quai du Mont-Blanc) on the other side of the lake is a mausoleum built resembling a famous Verona mausoleum. 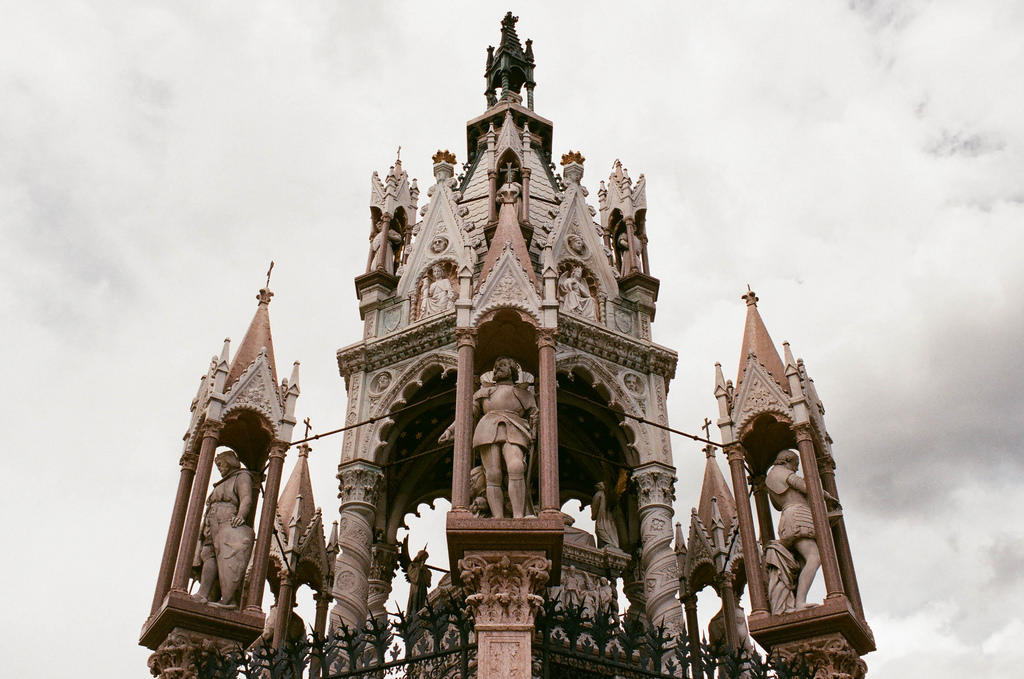 If you still have time it’s a great chance to explore less popular and uncommon attractions.

United Nations main office (Palais des Nations) is located in Geneva. Everyone usually takes pictures with a Broken Chair in front of the building. It’s a modern sculpture that once symbolized opposition to landmines and cluster bombs. And also protests usually take place in front of UN. 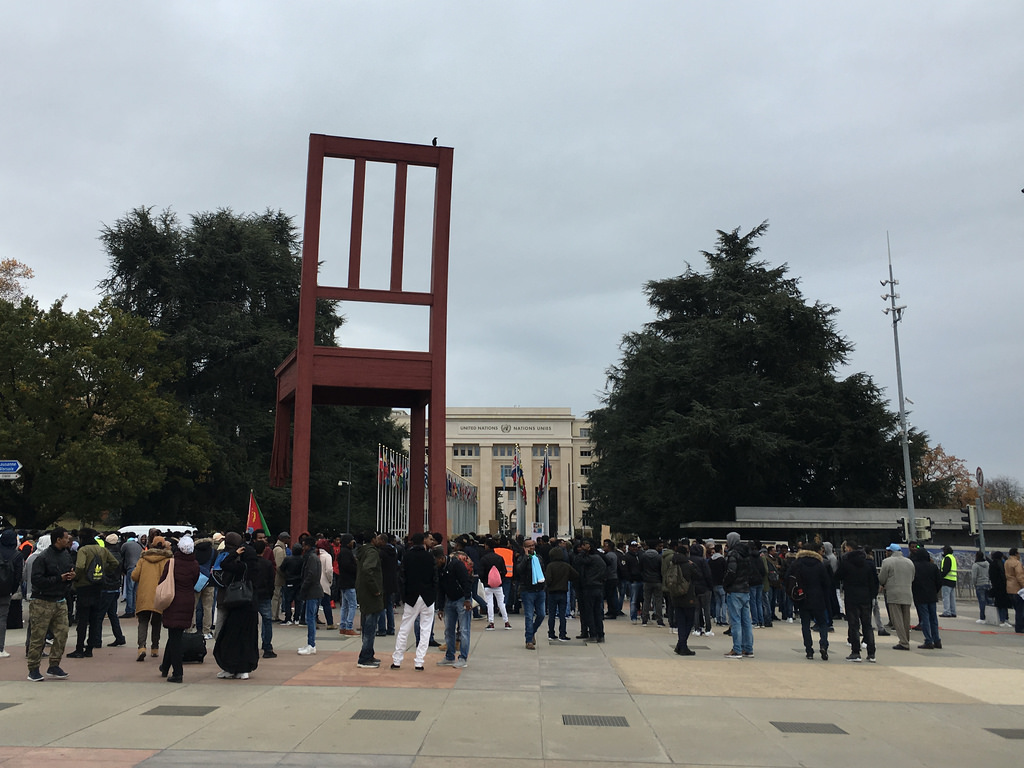 An orthodoxe church (Rue Rodolphe-Toepffer 9) was built at the expense of the russian emperor Alexander II, when russian-swiss relations were close. Now the cathedral in the pseudo-Russian style looks very unusual among the classic Western European buildings. The facade depicts Prince Vladimir, Princess Olga, Sergius of Radonezh and Alexander Nevsky. 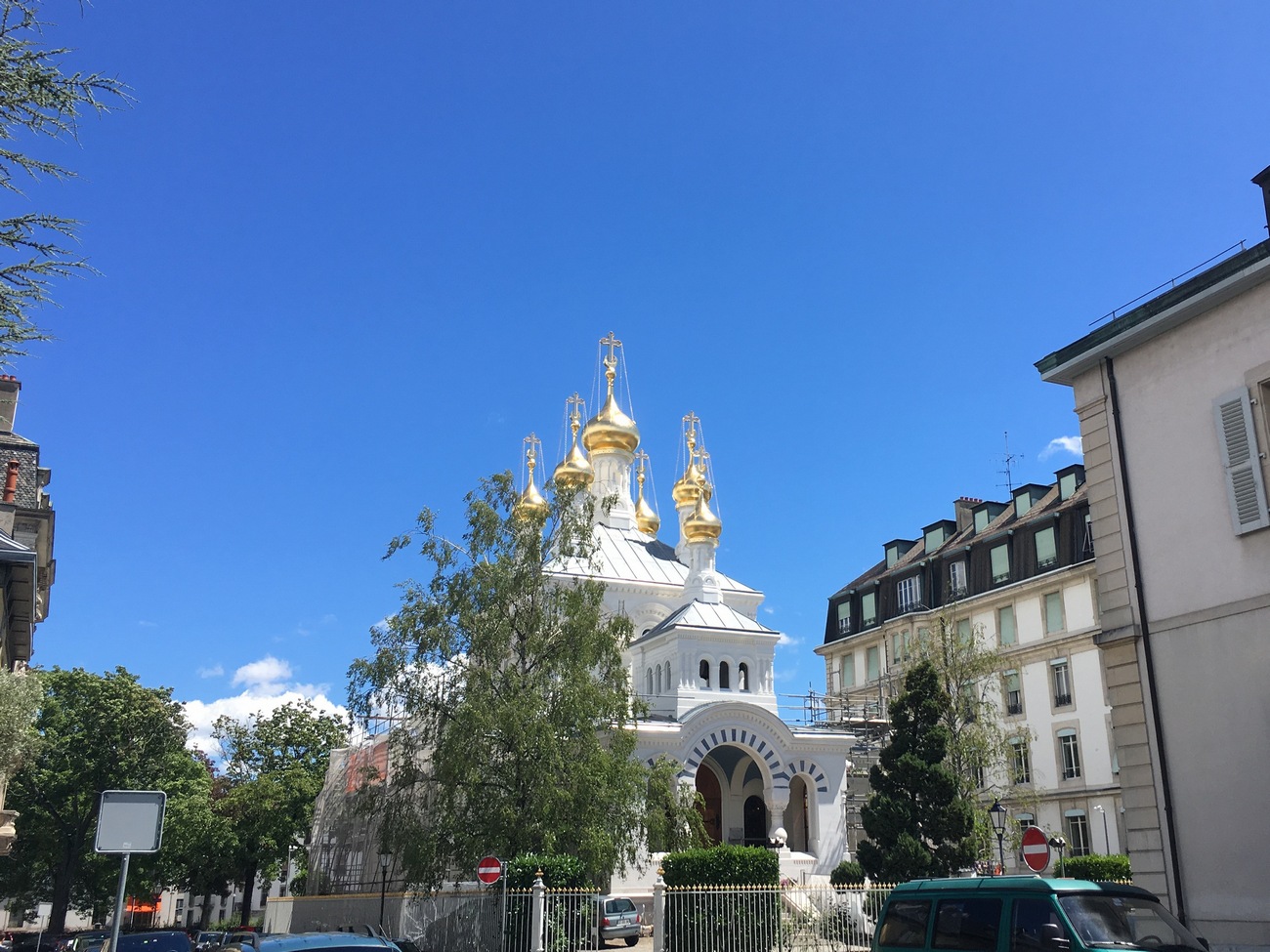 The Carouge district is a commune of Geneva founded in the 18th century. This area is completely different from the central ones. It looks more familiar to old european cities. During the walk in Carouge you can visit one of the many small authentic shops with clothes and decorations. If you are walking along Victor Hugo st., you’ll see the Baptist Church and Place du Temple. You can get here by tram number 18 or on foot along the Carouge street. 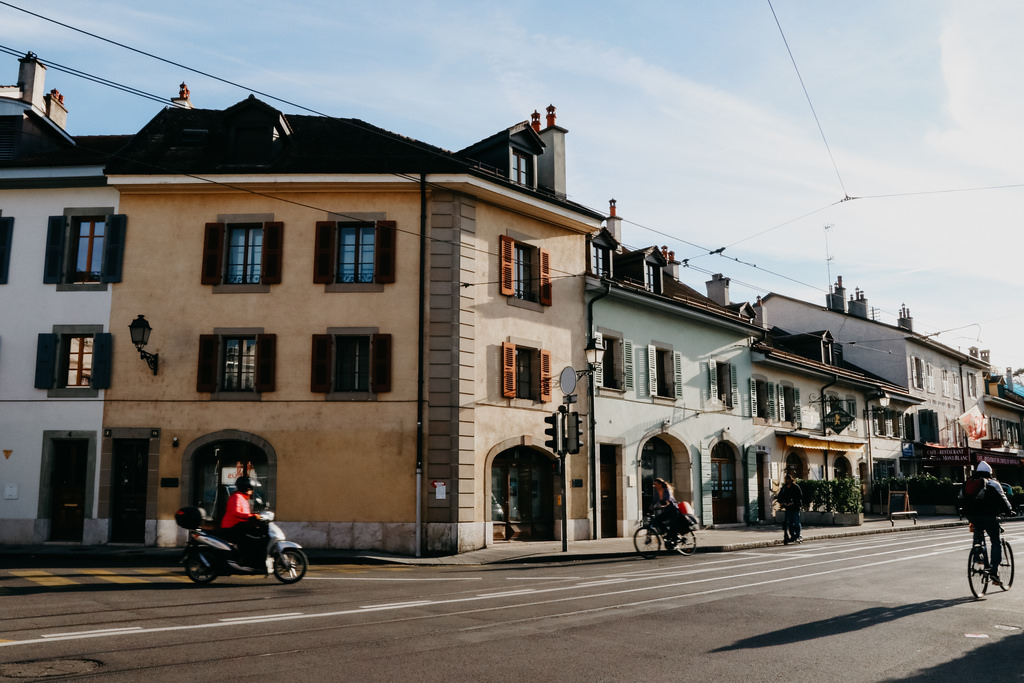 Synagogue Beth-Yaacov (Place de la Synagogue 11) is the center of the Jewish community. It was built in an unusual mixture of Byzantine and Moorish styles. 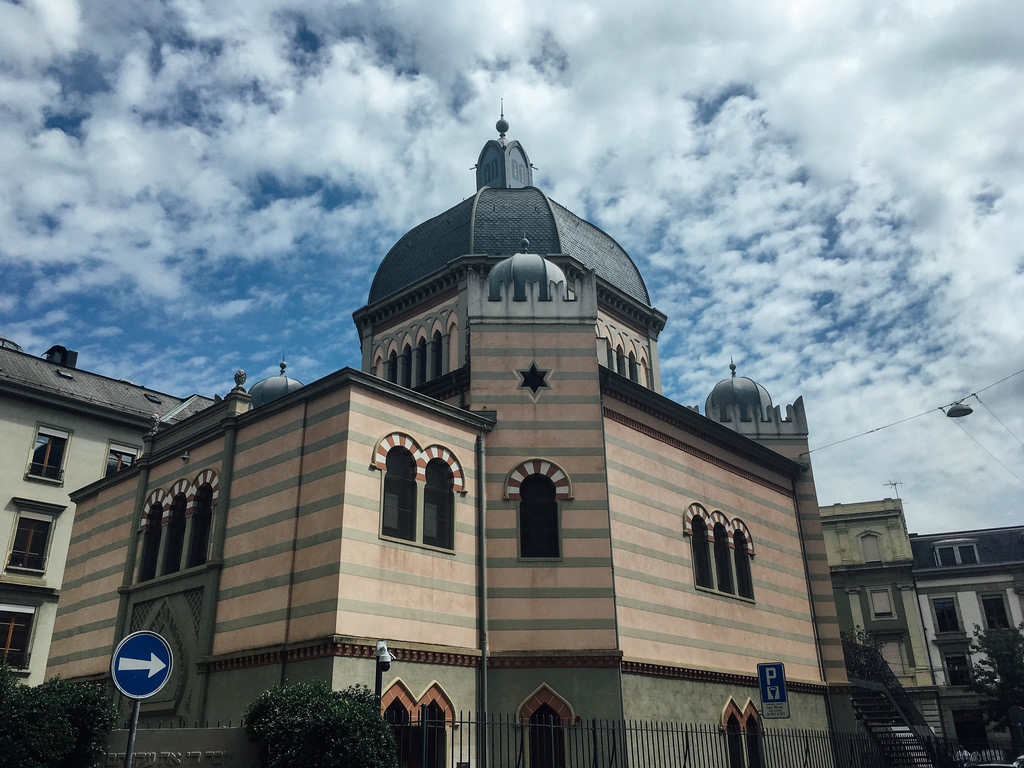 Paquis district is located near the railroad station Cornavin. The area around Bern street is a Geneva Red light district. In Paquis there is the only beach – Bains des Pâquis (Quai du Mont-Blanc 30). Entrance is paid in the warm season and in the daytime, during other hours admission is free. 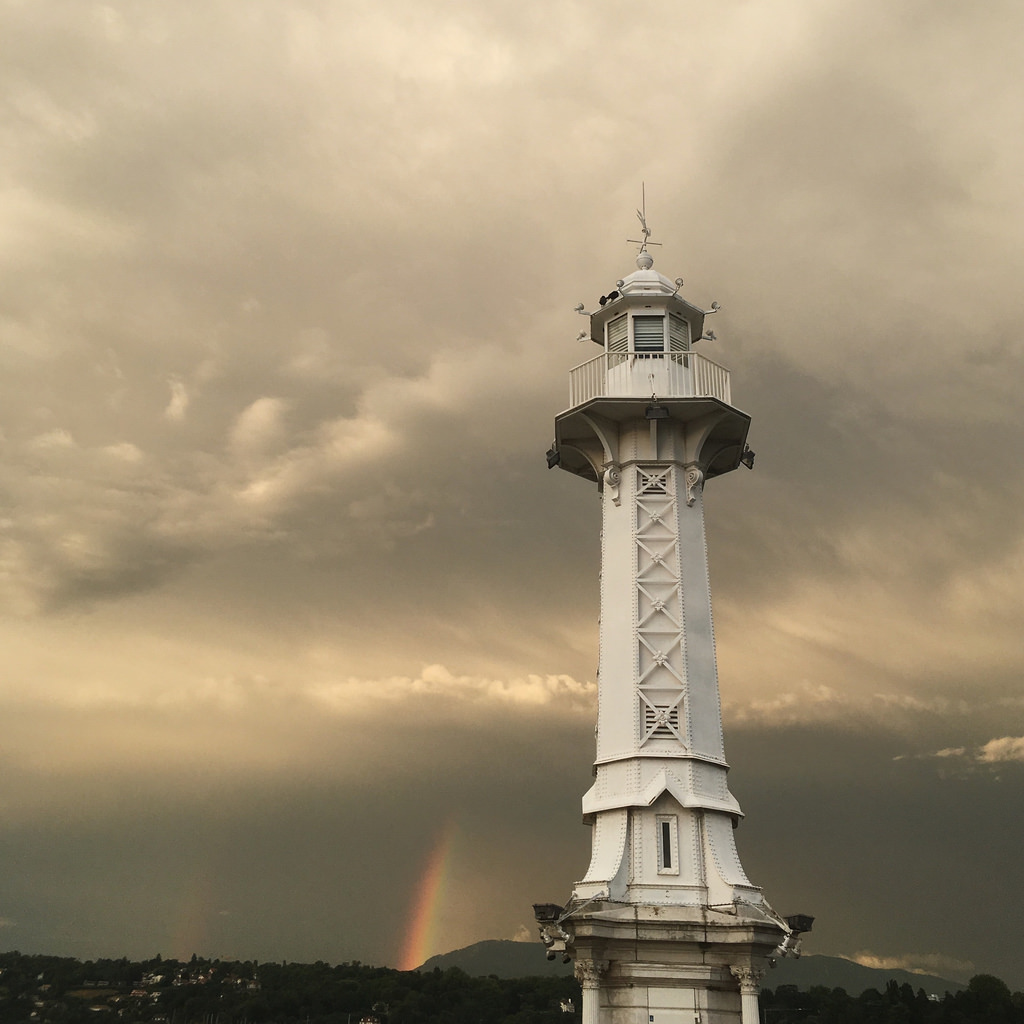 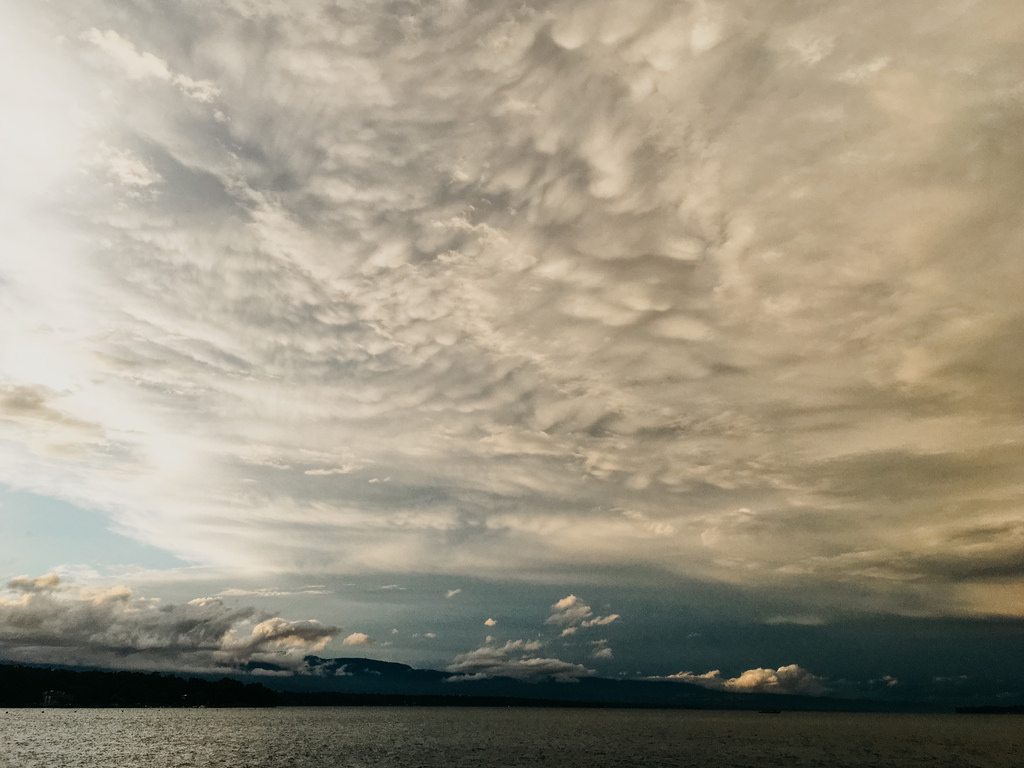 Parc de La Perle du Lac is one of the most beautiful sidewalk along the lake in the city. 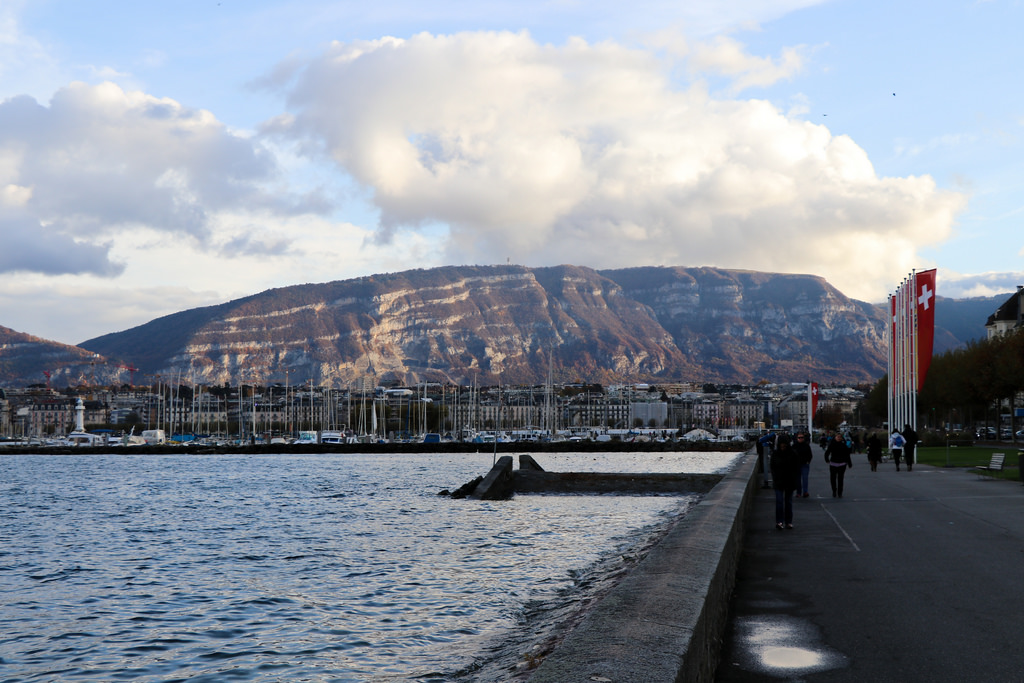 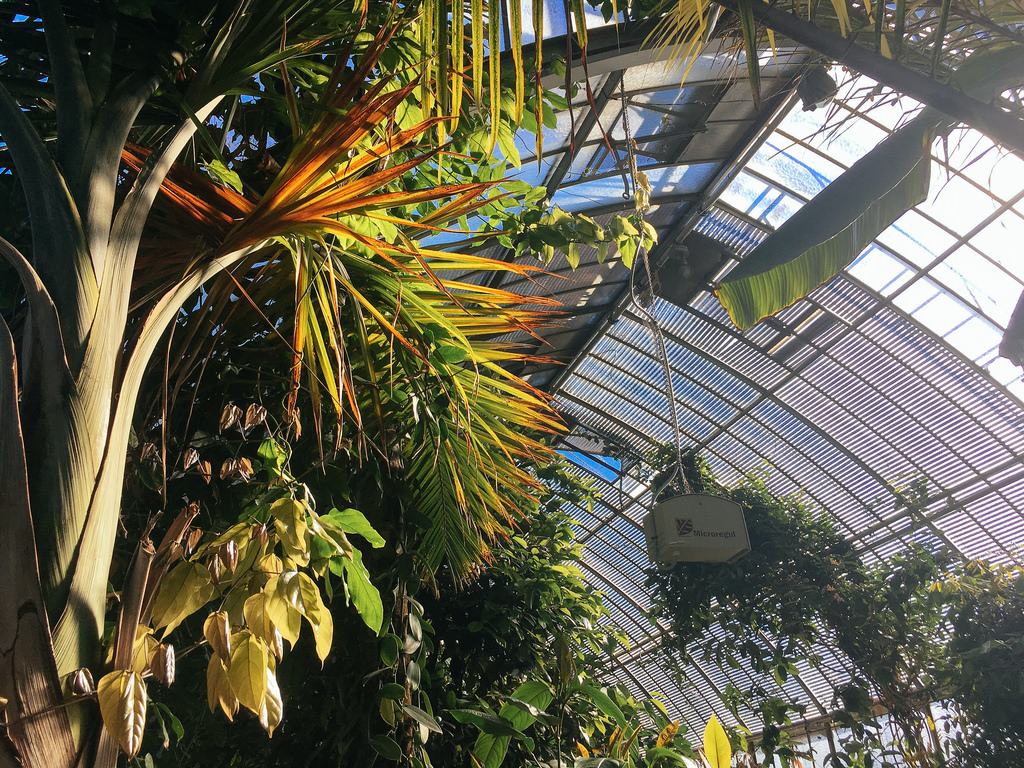 Another nice parc on the other side of the Leman lake. 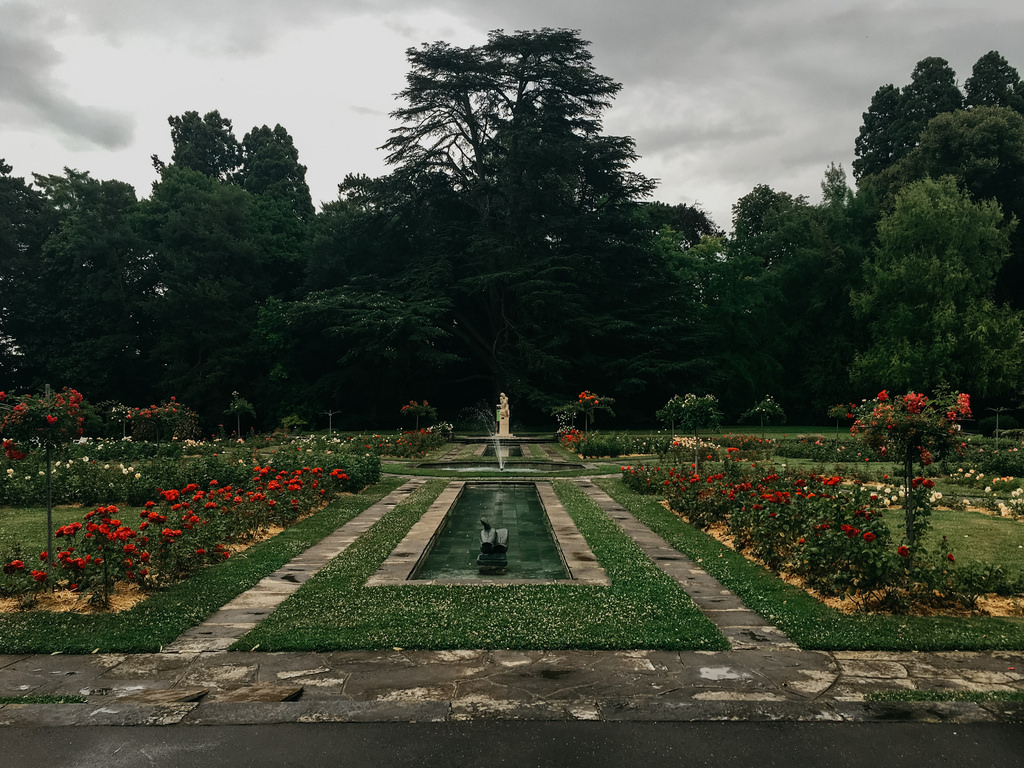 Jonction is the confluence of two rivers: Arva and Rhone. Confluence is clearly visible because the water of these rivers has different colors: transparent blue of Rhone and cloudy beige of Arva. Two rivers go around the peninsula, where ther are cafes during the summer. Confluence is visible even better from the bridge, where you can get by going up to the zoo. 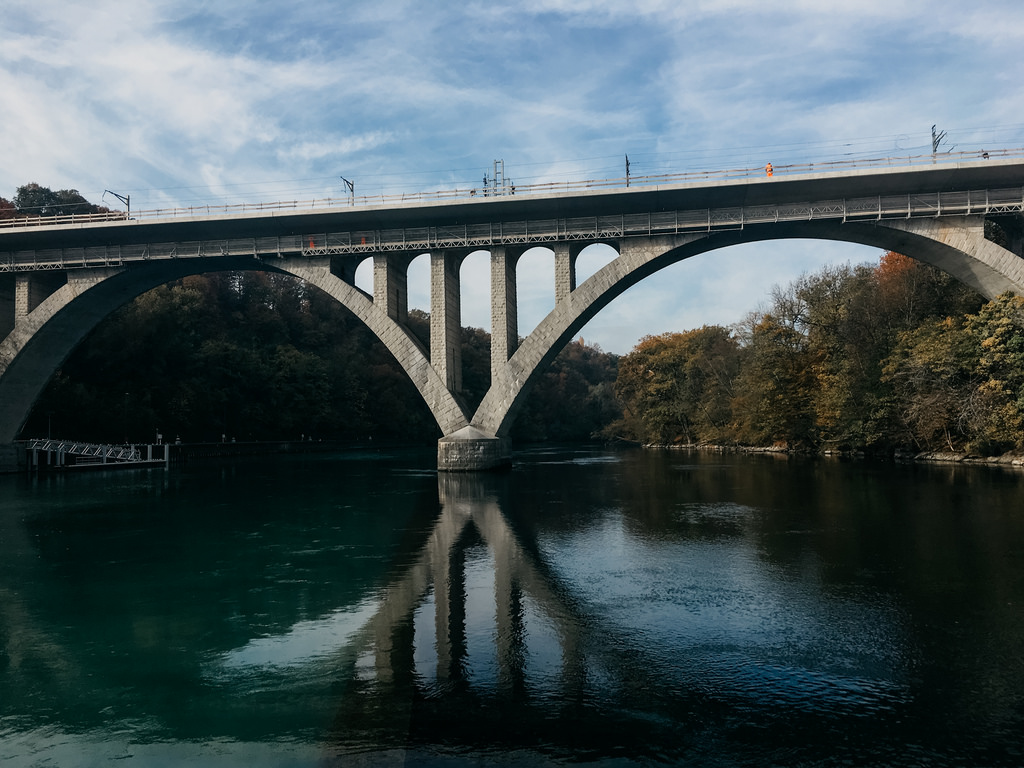 Plainpalais is the busiest square, surrounded by many cafes, museums and transport interchanges. Several unusual city sculptures are scattered across the area, for example, Frankenstein. 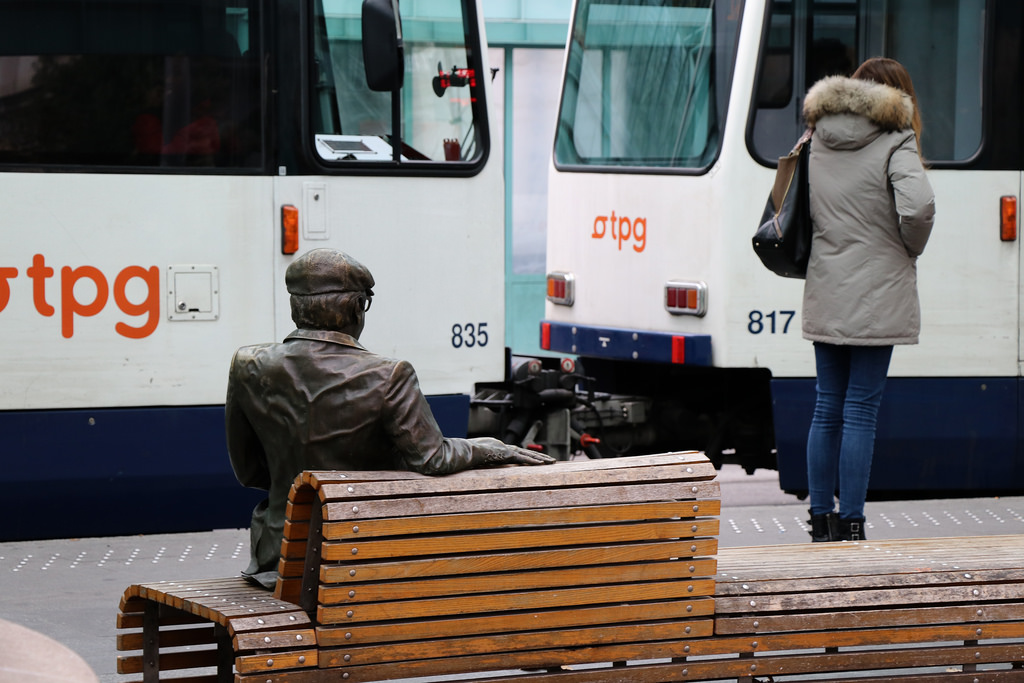 Les Grottes is situated near the Cornavin.The unusual modern architecture of the residential quarter was inspired by Gaudi – the facades also combine a variety of shapes and colors. This place can be a good point for unusual photographs, but if your time is limited, you should not spend it on this quarter distant from the center. 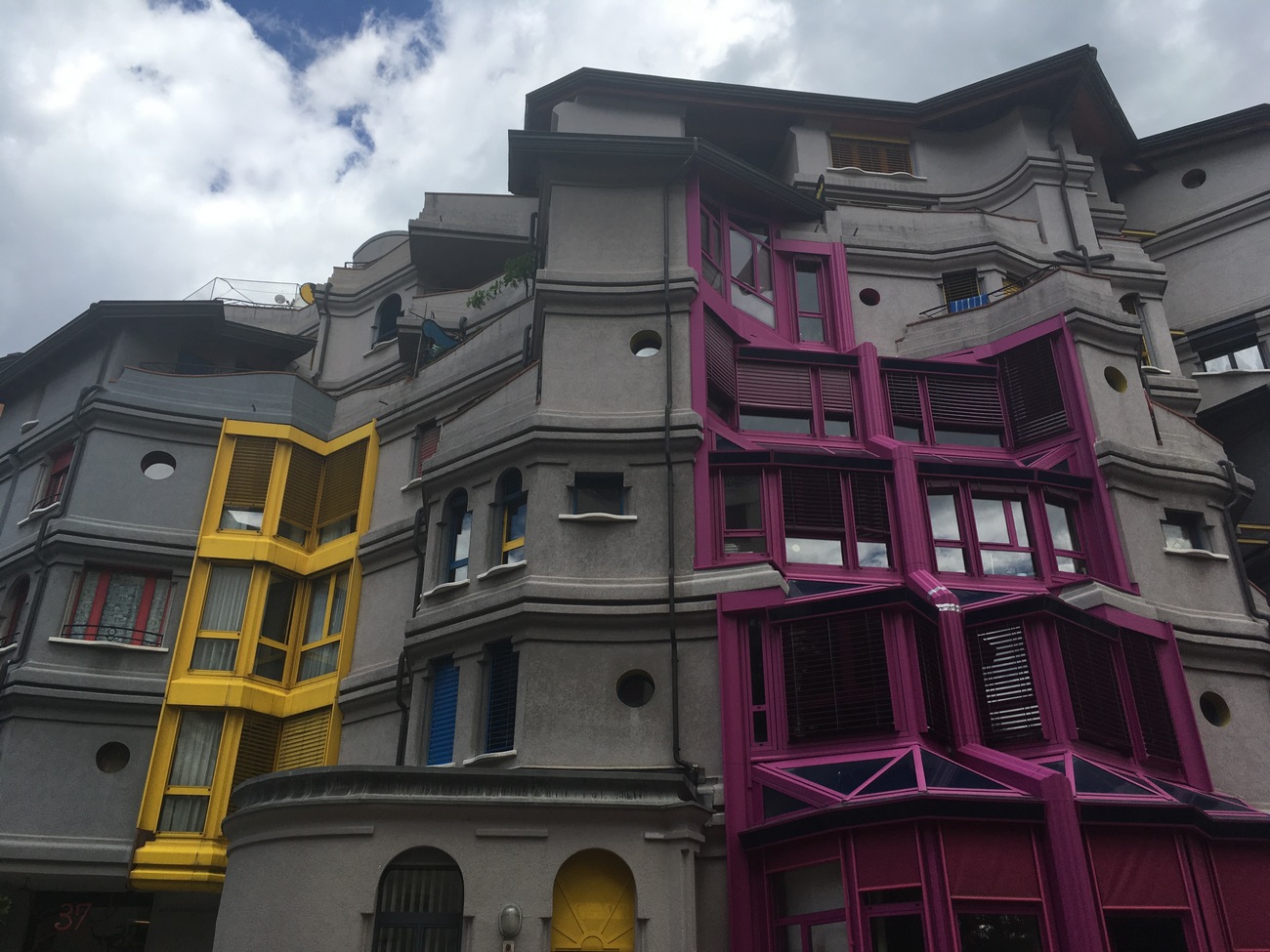 In fine weather, you can visit the small zoo (Bois de la Bâtie) with local animal species: sheep, goats, deer, rabbits and a large number of birds, including parrots and gray geese. Peacocks are walking right through the zoo. It also has free entry. This is a quiet and pleasant place, and from the zoo you can go to the bridge directly above the confluence point. 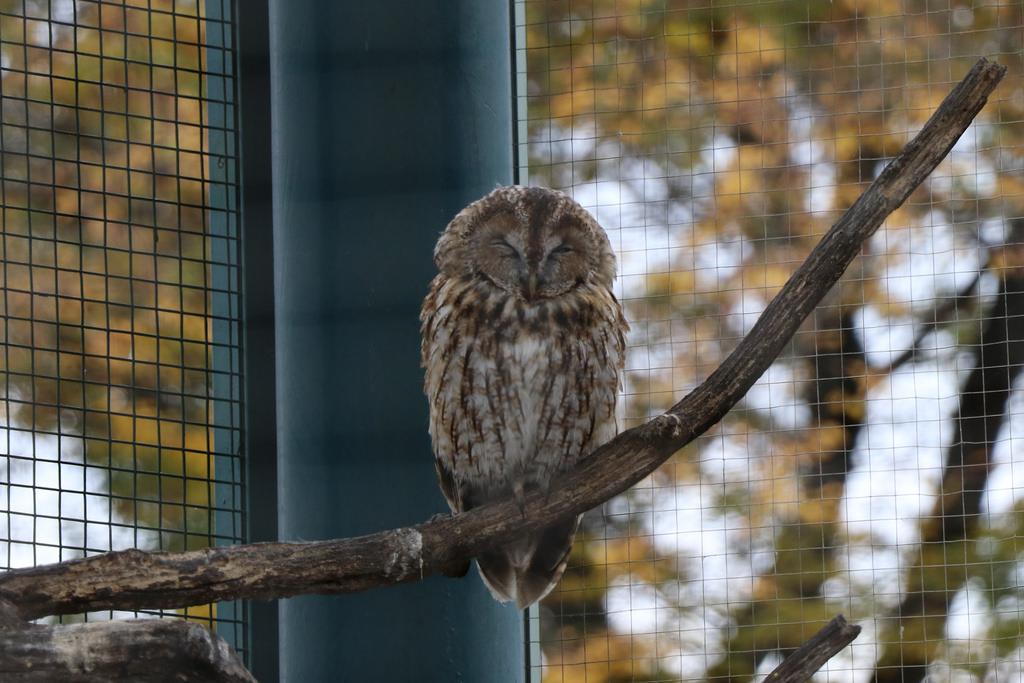 Paradoxically, the main peak of Geneva is located in France. Although the border is very close to the city. Mount Salève has a height of 1379 meters. It’s a great viewpoint of of Geneva, lake Leman and Mont Blanc – on the other side of the peak.

There is a bus number 8 to the funicular. The cable car costs 12 euros for a round trip, you can buy a trip only one way, and go down by yourself.

By the way, if you are a tourist and live in a hotel, you will be issued a card for free travel in public transport for the duration of your stay. The transport network is very well developed, and all buses and trams run on schedule.

To find out the most interesting about the city and walk through the most beautiful places in Geneva you shoul order a special tour:

Geneva has a lot of exceptional museums. The most well-known is CERN with The Large Hadron Collider (Espl. des Particules 1). You can book an excursion for free on a official CERN site.

Geneva has a pretty good collection of Western painting, which is located in the Museum of Art . Also exciting is the Ethnographic Museum with exhibits from around the world.

To learn more about the history of the city and learn about the life of its inhabitants several centuries ago, it is worth visiting the Tavel house . You can enjoy contemporary art at Mamco , and learn about watchmaking at the Patek Philippe Museum . 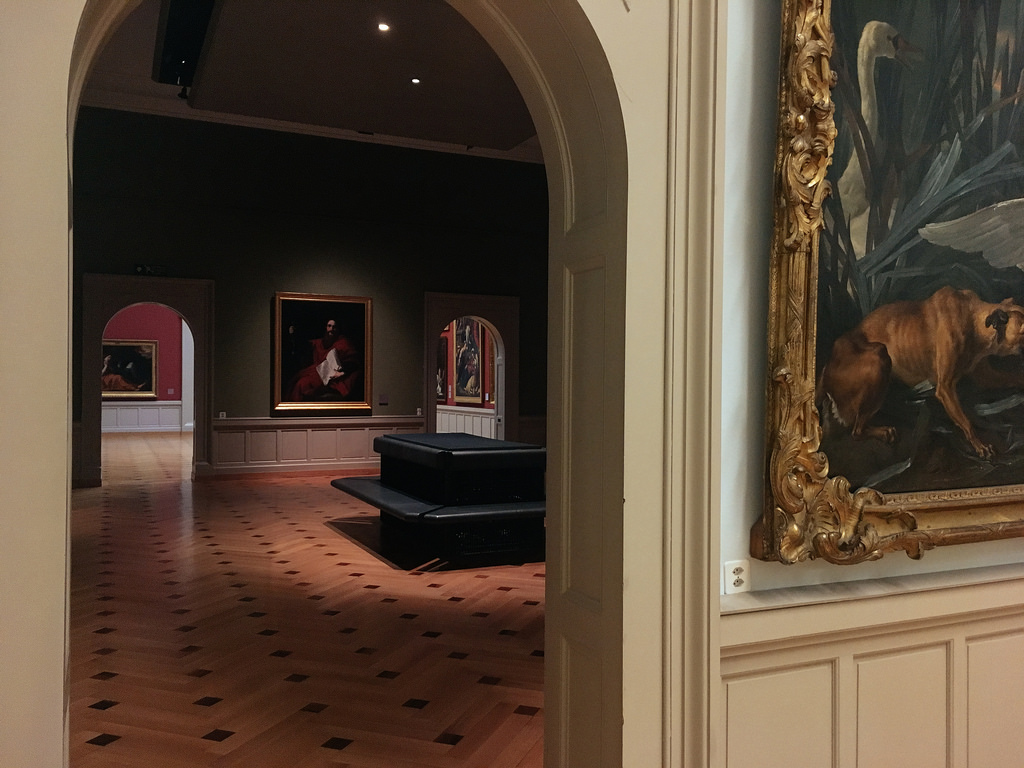 To try traditional Swiss dishes, such as raclette, you need to choose traditional restaurants with old-fashioned interiors and leisurely service. There are many such places in the center, including on Croix d’Or or at Plainpalais.

Right in front of the station there is a good burger Holy Cow (Place de Cornavin, 22), there are also vegan items on the menu.

The budget option is a self-service cafe on the top floor of the Manor shopping center (Rue de Cornavin, 6). By the way, it offers a beautiful view. Even cheaper you can eat at the network fast foods, also located at the station and at Plainpalais. Good coffee houses with different types of coffee and breakfasts – Birdie Food & Coffee at the Ethnographic Station and near the lake.

Of course, the cheapest way to buy food is in supermarkets, especially since a lot of prepared food is sold in stores. The cheapest supermarkets with a good choice: Lidl and Coop .

In Switzerland, and especially in its French-speaking part, the climate is very mild, so you can go in any season. In the summer it is too hot for city walks, but you can swim in the lake and enjoy a walk in the parks or mountains. In winter, especially in December-January, it can be cold and rainy, and it will also get dark early. But such a trip can be combined with ski holidays – because the best resorts of the Alps are nearby. Probably the best time is the off-season: warm spring or golden autumn, which lasts here for quite some time.